The original old fashioned ice cream soda is the perfect treat for summertime, this recipe is one you’re going to want to have on hand. Trust me.

I am a woman who likes to eat healthy. And when it comes to icy, cold, indulgent summertime treats, you are more likely to see me eating nice cream (plant based ice cream) than you are to see me eating real ice cream.

Not only because nice cream is better for me, but because it is delicious. And I feel better after I eat it.

However, a few times a year in the heat of the summer, I take myself out for a dish of rich, creamy, farm fresh ice cream. It’s the best.

It’s a treat I look forward to all year long. Because it’s that GOOD!

What is an old fashioned ice cream soda?

An old fashioned ice cream soda is hard to find these days. And, as it goes with things of the past, that makes it hard to find someone who knows just what it is.

I worked in a restaurant, who’s entire dessert menu was made up of ice cream dishes, for 17 years. And believe me, most people don’t know what ice cream sodas are.

But the good news is, I do. And you likely came here to find out, so I’ll tell you!

An old fashioned ice cream soda is a beverage made from club soda, flavored syrup, and heavy cream. It has a few scoops of ice cream dropped into it, and then it is topped with whipped cream and a cherry.

These beverages were very popular, and were commonly served in ice cream shoppes in the United States in the late 1800’s and early 1900’s.

Are there other names for ice cream sodas?

And the people who served them were known as soda jerks. A name they were donned with because of the jerking actions they used to pour soda and pump syrup.

This beverage was created by a man named Robert Green. And it’s original form did not contain ice cream.

Originally it was simply club soda, syrup, and cream poured over shaved ice. But when Green ran out of cream one day, rather than taking ice cream sodas off his menu for the day, he improvised.

He replaced the cream with melted ice cream, and while it didn’t take off that day it was a big hit in no time at all.

As a matter of fact, it was once the most popular ice cream confection in the country.

I’m not sure who decided to add the cream back into the beverage and keep the ice cream in there as well. But I am certain that they were a culinary genius.

I have pondered this question for some time, trying to come up with a really good answer for you. An answer that will cause you to feel as though you can actually taste an ice cream soda as your reading this.

I cannot think of culinary words that accurately describe the flavor of an old fashioned ice cream soda.

BUT there are other words. Words that will still give you a pretty good idea what this fabulous treat tastes like. So let’s try to use those to make the point.

Old fashioned ice cream sodas taste like that moment that you and a guy you’re crazy about drink the same beverage from two different straws.

They taste like the first bit of liquid that touches your lips at the end of a long day of shopping in a small, trendy tourist town.

They taste just like the look in your child’s eyes when you share a favorite treat from your childhood with them, and they LOVE it.

I know that those words do not let you know if they are sweet or creamy (of course they are), and they don’t tell you if they are fizzy or flat (they’re flat, just so you know).

BUT they do describe what an old fashioned ice cream soda tastes like, in a way that I hope you understand.

What are the best flavor combos for ice cream sodas?

To the best of my knowledge ice cream sodas came in basic ice cream flavors way back when; chocolate, vanilla, and strawberry.

And personally I think that is the way to go. Stick to the classics.

Unless of course you are going to go with the star of the ice cream soda show, and that is the black and white soda. She is made of chocolate soda and vanilla ice cream. And she has her very own fan club.

However, with all of the syrup and ice cream flavors available on the market today I’ll bet you could get pretty wild with your flavor combos.

How to make ice cream sodas

Old fashioned ice cream sodas are crazy easy to make. Although, I’ve seen a few blog posts out there with some weirdness going on in their recipes.

You should stick with me on this one. I wouldn’t lie to you. I really wouldn’t.

This treat is as easy as one, two, three.

The only thing you’re going to love more than how easy this summertime treat is to make, is how damn tasty it is to eat.

Let’s meet in the comments and chat all about it!

YOU MAY ALSO ENJOY THESE BEVERAGE RECIPES:

The original old fashioned ice cream soda is the perfect treat for summertime, this recipe is one you're going to want to have on hand.

This data was provided and calculated by Nutritionix on 7/19/2022. Nutrition information isn’t always accurate. 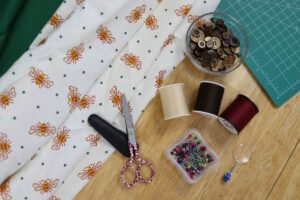 Slow living hobbies bring a sense of balance to our daily lives. They help us reset, center, and be fully in the moment. 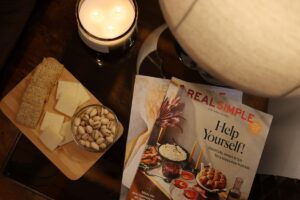 A slow living fall evening encourages us to slow down, and treat our time indoors on chilly evenings, as if it were a mini staycation. 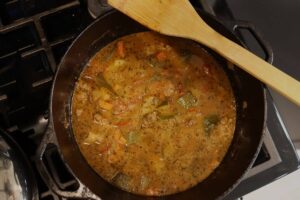 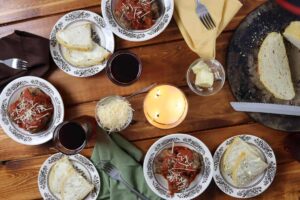