Cinnamon twist donuts are made with a rich, buttery dough. And topped with a generous amount of cinnamon sugar.

They’re delicious. And while making them for this post was my first time making them, it definitely won’t be my last.

The simplicity of the recipe is a big draw to this sweet treat. And the meditative excercise of kneading the dough doesn’t hurt either.

They have the texture of those amazing little sugar covered donuts you find on Chinese buffets. I love those things! And I’m pretty thrilled to be able to make a similar treat right in my own kitchen.

The recipe in this post only makes 6 donuts. But they’re HUGE!

I’m going to try freezing some of the dough the next time I make them (more on that later in the post). But, for now, I just shared them with my neighbors. That’s always a win win!

Are Cinnamon Twist Donuts Good For You

The ingredients in this cinnamon twist donuts recipe are pretty wholesome. Especially, if you are producing or shopping local farms for your milk, eggs, and butter.

The thing I really like about it is that it doesn’t require a whole lot of sugar. And the bulk of the sugar that is in them is in the topping. So, you control that amount.

Overall, I would say this is a great way to satisfy an aching sweet tooth. This donut is even tasty without the cinnamon sugar topping, making it more desirable as a breakfast alternative.

This cinnamon twist donuts recipe uses basic pantry staples. So, no running out to the store to make these beauties. Just head on over to the pantry and grab what you need.

How To Make This Recipe

This cinnamon twist donuts recipe is very easy to make. It comes together in no time at all. You have to exert a little elbow grease in order to get the kneading done properly. But that amounts to just 10 minutes of your time.

You also have to wait for the dough to rise before you can shape and fry your donuts. However, it’s hard to really count that time as it is free time and you can use it any way you wish.

You’ll start by combining the milk, yeast, and sugar, and allowing it to rest for 10 minutes. This will cause the yeast to bloom which prepares it to raise the dough.

Next you’ll blend in the eggs. And then the melted butter.

In a separate bowl, you’ll mix the flour and salt together with a whisk. And then begin blending it, one third at a time, into the wet mixture.

At this point, you will knead the dough with your hands for 10 full minutes. It will be sticky. But should firm up quite a bit as you go.

When you are done kneading it, place it in an oiled bowl, cover it with a towel, and set it in a warm place to rise. When it doubles in size it is ready to be shaped and fried.

Shaping And Frying Your Dough

You’ll divide it into 12 portions and work with each portion individually. Roll them into a log shape, by swiping one hand along them in an upward position and the hand, on the other end, in a downward position.

Fold the log of dough in half, and hold it up in the air by the fold. Twist the dough together. Pinch the ends shut and fry in a pan of hot oil until they are a dark golden brown.

Then lay them out on a parchment lined pan and rub the cinnamon sugar mixture over them with your hands, until they are fully covered in it.

Can I Bake These Donuts?

I haven’t tried to bake this dough. While I was learning how to make these cinnamon donut twists, I looked at a lot of different recipes and blog posts about them.

I found that bloggers are saying that this dough is not suitable for baking. But I’m not certain if that is because they are just mimicking what they see in other posts, or they have actually tried to bake the dough.

I, personally, am not going to try to bake it. I feel like it will lose it’s airy texture. And that is a main feature of the dough for me.

The dough does expand a great deal while it is being fried. It pretty much doubles in size. I’m not sure that would work in the oven.

Alternative Toppings For This Donut Recipe

I suppose if you top these donuts in with something besides cinnamon sugar they are no longer called cinnamon twist donuts. But don’t let that stop you!

I can think of sooooo many ways that I would like to top them in the future. The two main ideas that are calling my name are to simply mix the sugar with either cocoa or pumpkin pie spice instead of cinnamon.

I can also see them coated with plain confectioner’s sugar, brown sugar, or peanut butter powder.

I can just taste them coated in finely chopped peanuts, like a peanut stick. YUM!

And I think that a simple glaze made from maple syrup or honey would be really fabulous on them.

Quite honestly, they taste really great plain. So, if you’re trying to avoid the sugar punch … just enjoy the fried dough. Who doesn’t like fried dough, anyway?!?!

These cinnamon twist donuts store really well in an airtight container. They will last about 2 or 3 days stored this way before they begin to go stale.

I haven’t tried to store them any other way. I don’t think they would be very appealing if you put them in the refrigerator. A cold donut sounds awful.

I did read that they can be frozen. Not as a finished product. But as a dough.

I haven’t done this yet. So, I’m not sure how well it works. But the process makes perfect sense to me, as the freezer would suspend the action of the yeast.

If you’d like to try it, here’s what’s being suggested by others …

Lay the shaped dough out on a parchment lined baking sheet and freeze. Then place the frozen dough pieces in a ziploc baggie and return them to the freezer.

When you are ready to make a donut, remove it from the freezer and thaw it out. Then fry and enjoy!

I am definitely going to try to do this in the future. This is a large recipe for a household of just 2 people. I would love to be able to make just one or two at a time.

Although, it won’t be nearly as beneficial for my neighbors!

If you try this diy recipe and love it please give it 5 stars! I’d appreciate it!

Cinnamon twist donuts are made with a rich, buttery dough. They're topped with a generous amount of cinnamon sugar. And they're delicious!

This data was provided and calculated by Nutritionix on 10/23/2022. Nutrition information isn’t always accurate. 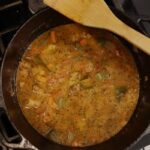 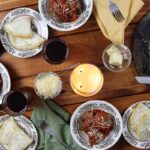 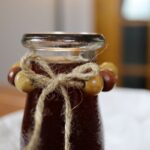 Traditional rose hip syrup makes a great food preservation staple in the kitchen. Rose hips come once a year and they are delicious! 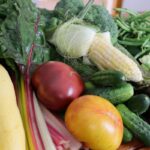 It is so easy to prepare fresh vegetables from the garden. And there is nothing better than a meal made with fresh picked garden produce.